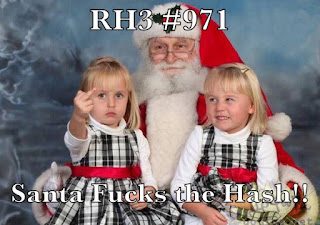 Don't disappoint Santa. His reindeer have been going a bit heavy on the fiber and he's itching to do some recycling.