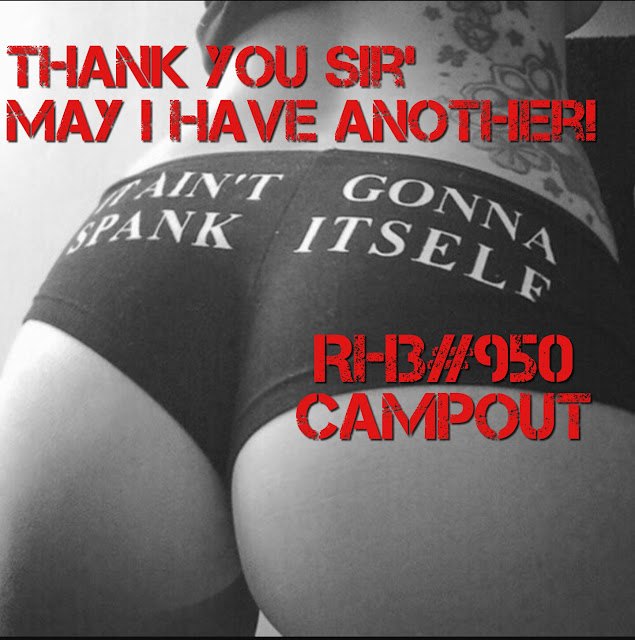 Wham Bam Thank You Maam....
We all know that point, right between pain and pleasure. Just a bit more and there's no going back. Foot Fairy's 50th may very well take you beyond. For 49 hashes, he has planned, participated in or presided over every conceivable means of torturing and tantalizing us. Steep rocky hills, smiley faces, double trails.....and those damned ground hogs! Under his diabolical leadership, RH3's ranks have swelled to near bursting. Join us in celebrating the end of one shitty era!
You're aching for details, aren't you?
First and foremost....this is not a hash, it's a weekend extravaganza. Saturday and Sunday, June 10-11 at the tranquil gentleman's farm of TidyBowl and Little Man in the Boat, 449 Orchard Rd., Fleetwood, PA 19522. A number of farm animals will be available on a first come, first serve basis so there's no need to bring a date. PLEASE NOTE -- this is a farm -- PLEASE NO DOGS
Check-in is anytime after 11:00 AM. Collect your two items of Hash Swag ($60 if registered AND PAID by May 15th / $75 after May 15th until day-of, pitch your pup tent (yes, it's a campout and tents aren't provided) and start drinking.
At 2:00, luxurious yellow busses will arrive to whisk you to the On On, where hares No Fucking Brains and Any Crack'll Do have spared no expense in providing you with the ultimate in trail comfort and safety. Yes, Foot has opted to say fuck tradition and not to hare his own 50th, as he wants to be on trial with his fellow halfminds to enjoy the shitty day!
After reveling in the shiggy-infested and ground hog hole-pocked splendor that is Eastern Pennsylvania, you will be returned to Chateau TidyBowl, be it by “foot”, bus....or body bag, where beer will flow and skin will show! Why, you say?
Because we're having a TOGA PARTY!!! A sumptuous, bacchanal feast will be followed by a roaring bonfire and music by Tour de Puke's band, BUBBA. Oh, and beer...lots of it!
The following morning, those capable of standing will be treated to a mimosa/bagel breakfast, followed by a short "fat boy" trail. By then, you'll be spent...so, go home. You aren't as young as you used to be. You'll need a nap. Check-out is no later than 2:00 PM.
Lets sum this shit up....Hash Swag (2 Items), beer, busses, beer, trail, beer, barbecue, beer, togas, beer, bonfire, beer, Bubba, bed, breakfast, trail, beat it...
Now...bend over and grab your ankles, naked ass to the sky and take your punishment till your cheeks glow red. Are you cumming??
ONON…
And in the words of FF....Let’s Fucking Drink Bitches!! 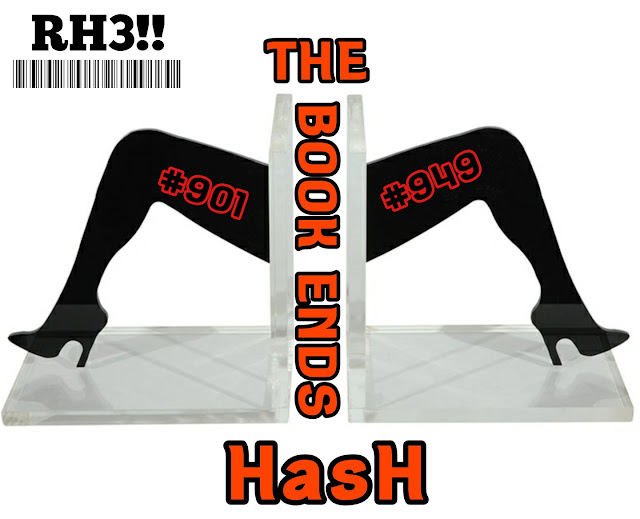 The Bookends Hash! Why is it the “Bookends Hash”..because the same set O old heads that hared #951 will also be laying train #949. Get it? No? Just show the fuck up...if you have yet to be part of a trail laid by our elders it a glorious thing. Like 8 track tapes and paper topo maps not on Google!!

Note from thr Hares!!!
Flamer, Roadkill and Tidy, inviting all to experience the mysteries and vagaries of Reading Hashing at our Bookends Hash on Monday June 5: On On at Brentwood/Thun Trail parking lot at 6:15 p.m.
We will be celebrating the First and Last hashes of the reign of Grand Master Foot Fairy prior to his 950th.
Vagary- the Word for the day- Will the trail follow the lumbering live hare Roadkill or the fleet-footed Tidy (1st place in age group at the Charliehorse type-A r*n last weekend- he'll be drinking for that!!!)?? Will it go Up or Down, In or Out? Will it suck, or...?
R*n fee $FIDOLLAH$, plus HABERDASHERY for $20 at the après, provided we can find someplace to have it.

Pre-lube at Troopers 5PM (hey, it's practically next door! Your comfort is our primary concern!!)

p.s.:
va·gar·y
ˈvāɡərē/
noun
plural noun: vagaries
an unexpected and inexplicable change in a situation or in someone's behavior."the vagaries of the weather"
Synonyms
:
change, fluctuation, variation, quirk, peculiarity, oddity, eccentricity, unpredictability,caprice, foible, whim, whimsy, fancy
"the vagaries of the weather"
Posted by Reading HHH at 9:52 AM No comments: